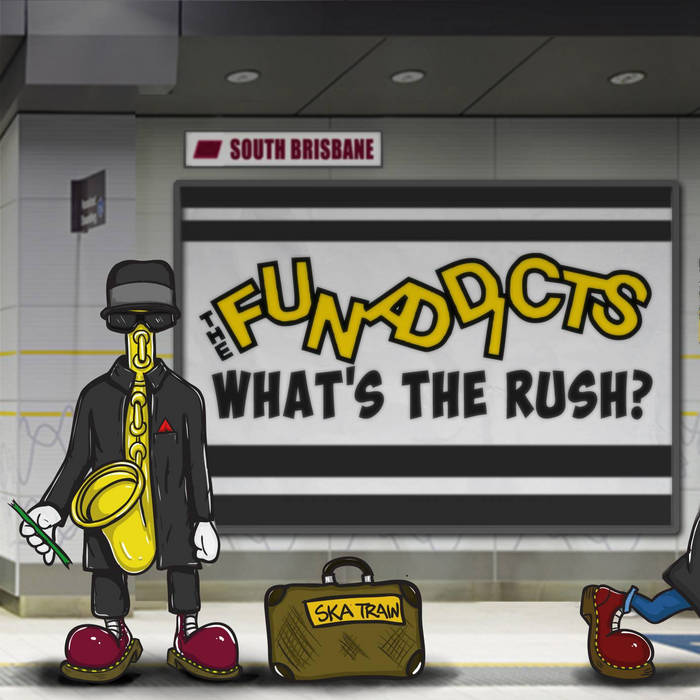 The first full length release for The Funaddicts, lovingly crafted over 30 years like a fine malt whisky!
What’s the Rush? It would seem there isn’t one. In 1987 Chris announced on daytime television that we looked forward to be releasing our debut album early next year (1988). Well, we didn’t! Then we broke up! Then we drifted apart! Then, in 2011 we reformed! In 2013, while recording a track for a benefit album we laid down the first beds for the album. Sporadic visits to the studio, when we could afford it, over the next 3 years saw us slowly, but surely, building the album that you are listening to right now. 2 ½ or 30 years in the making you take your pick. Enjoy the music – it’s later than you think!

The Funaddicts is a 2nd wave Aussie Ska band who emerged in the 80's and quickly gained a solid reputation for high energy ska gigs around the East coast of Australia, combining the fun and frivolity of Ska/Reggae with politically based lyrics. Disbanding in the early 90's, the Funaddicts are back and keen to bring their sound to the rest of the world! New album 'What's The Rush?' available now! ... more

Bandcamp Daily  your guide to the world of Bandcamp

MF DOOM is given his flowers, plus appearances from MC Jada Imani and Stanley Ipkuss